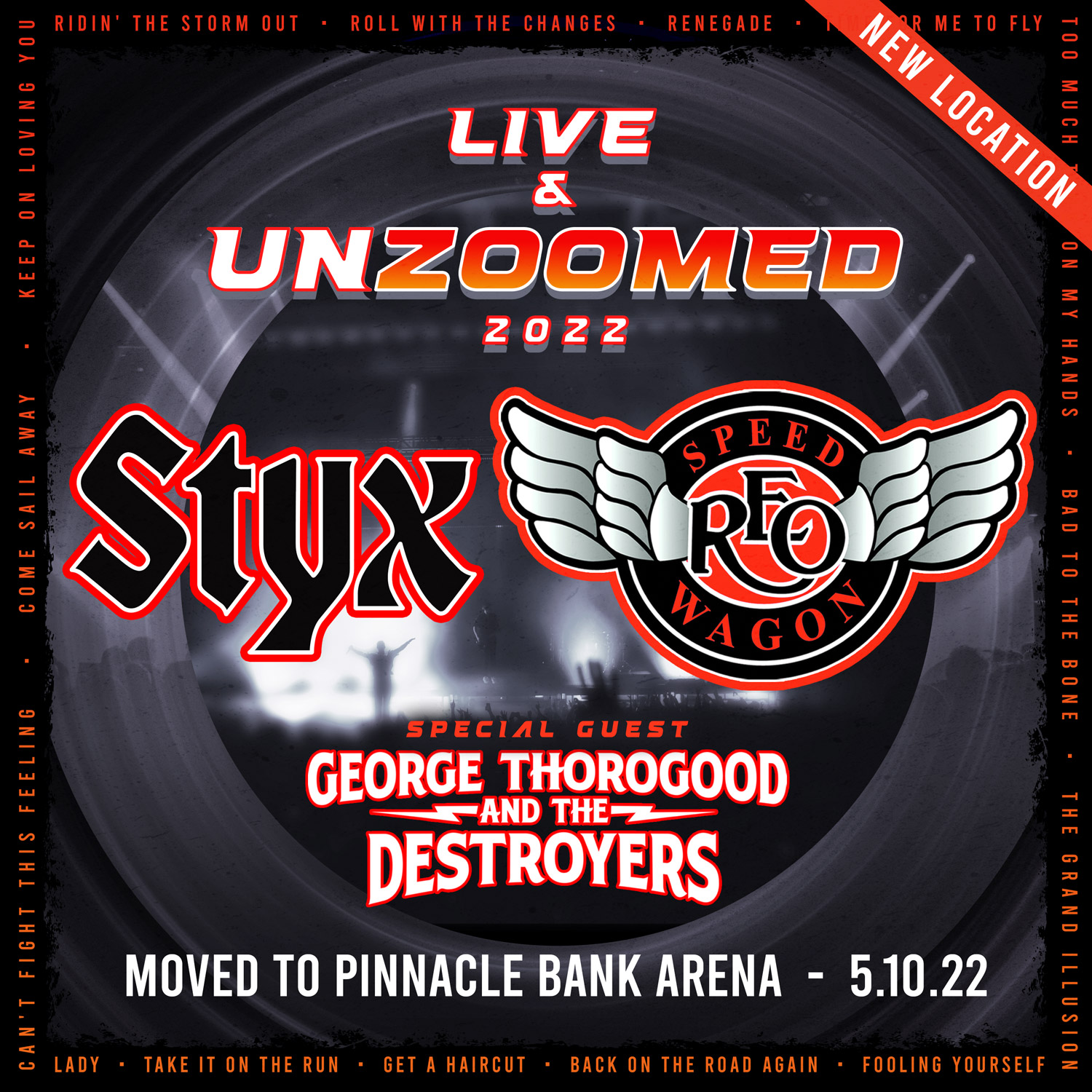 As of Sept. 1, 2021, we have gone all cashless at our concession stands and bars. We accept all major credit cards & debit cards.

Four years ago, Styx and REO Speedwagon joined forces for a summer co-headlining tour, and the two acts have just announced that they’ll hit the road again this coming summer with special guest George Thorogood and The Destroyers for the Live & UnZoomed tour.

“I can’t think of a better way of touring the U.S.A. next year than with good friends we’ve known for years and performed with on many a stage,” says Styx’s Tommy Shaw in a press release. “What a great night of music this will be!”